Need guidance? Get messages from your and your Twin Flame's higher self on the Twin Flame Oracle app, with 108 messages to support and guide you on your journey. Download the free app in the Apple app or Google Play store.

Do you still have a plan B?

When working with the Law of Attraction, having a plan B will not get you the results you want and it will actually keep you from manifesting your heart’s desire.

Because as long as you have a backup plan, you are not fully trusting the Universe to deliver the goods and you are in fact preparing for failure. How does the Universe respond to this? Not as you would hope for of course, but exactly as should be expected. You get what you prepare for, so in the worst case the Universe will bring you to plan B because that is where you put your energy or you get stuck in the middle not manifesting what you truly want – but enough hope that it will still happen, to put  plan B on hold….

In both cases, having a plan B does not get you where you want to be.

Why is having a backup plan counterproductive?

First of all having a plan B gives you a false sense of security.

It makes you think you are in control, when you never really are, are you? Your Soul already pre-designed this life for you and if what you want doesn’t serve you, it ain’t going to happen. Likewise your Soul is always nudging you closer to what IS MEANT for you, so fully surrendering Plan A to the Divine and your higher self can only get you where you want (read need) to be.

In essence having a plan B is still conducting your life from the ego mind, the ego needs a plan B because the ego beliefs things can go wrong or not work out the way you want. But if you truly surrender your heart’s desire to the Divine, you can be certain of a positive outcome one way or the other – because the Universe always has your back.

Besides anything that you do not fully surrender to the Divine can’t easily manifest in your reality anyway. You have to let go, in order to receive.

The end result being that a backup plan, keeps the original plan either in hold up or in the end OUT OF MANIFESTATION.

Having a plan B is entertaining fear

The only reason to have a backup plan is out of fear. The fear that Plan A will not work out.

Let’s look at this fear shall we?

Why would you be scared that Plan A will not become a reality?

As you can see all reasons for Plan A not to work out are fear-based. You cannot serve two masters, you cannot have Faith and Fear simultaneously. You need to choose clearly which master you will serve.

There is no reason for you not having your heart’s desire. You are meant to have EVERYTHING you deeply desire in life, the Universe wants to give you everything you crave for and much more. The only thing keeping it out of manifestation is your FAITH that what you desire is meant for you – although it maybe given to you in another way than that you expected.

Having a plan B comes forth from the fear that you cannot or will not have what you really want, so because you are AFRAID to be disappointed if you will not get what you hoped for, you make a backup plan to cushion the blow that you FEAR you will feel when Plan A doesn’t manifest.

When it is your FAITH all along that brings about your demonstrations.

You receive, what you believe.

Having a Plan B divides up your energy

The other problem with a Plan B is that it divides up your energy, keeping you from putting 100% of your energy in the manifestation of your dream.

Every time you direct energy into a backup plan, you are pouring it in fact into something you actually don’t want to manifest. Remember you don’t really want to put plan B into action, you only thought it up in order to cope with the possible disappointment and failure of Plan A. You don’t want Plan B, you want Plan A – so why put any manifesting energy in it at all?

When you are the master and creator of your own reality, why direct your manifesting energy at plans that are only surrogates for what you really want? It doesn’t make much sense, when you break it down, does it?

The reasoning mind tries to convince you that it’s saver to have a backup plan. That it’s the most logical thing. But in reality all it does is tap off manifesting energy from what you really want.

Why would you prepare for failure?

‘If you ask for success and prepare for failure, you will receive the thing you have prepared for.’

It’s much more effective to put ALL YOUR ENERGY in preparing for the success of Plan A.

When I was going through the transition from my old business to my new soul aligned business at the beginning of this year, which resulted in Gangsta Goddesses & Gangsta Goddess Designs, people close to me who really only wanted the best for me were asking ‘Don’t you think it’s time for plan B?‘ when they saw me sinking into debt rapidly.

These people absolutely meant well, but I knew that getting a job to try to FIX my financial situation that was too absurd to be real anyway – would be the beginning of the end. There was no logical reason at all for the money flow to be disrupted the way it was, we literally plummeted from five figure months to in the worst month, three figures – not even one thousand euro’s turnover. And when the shit hit the fan I had 6 people working for me.

I knew getting a job at that moment, which would have seemed to be the logical thing to do,  would in fact only be preparing for failure and direct my energy away from what I really wanted to manifest which was living my life purpose.

Frankly I had also reached a point in my life, that living my life purpose and sharing my unique gift with the world was my only option. There was no other option. So going out to find a job, to support myself and my team during this financial transition would get me NOWHERE closer to what I really wanted.

It would take me in the opposite direction.

Prepare for what you really want

So instead of getting a job, I pushed through.

I Got the money flow started again, because in reality – it only manifested itself to force me through my own resistance around owning MY UNIQUE GIFT to the world. Got out of debt a couple of months later and broke through internationally in six months time. I had international clients from the get-go, but these were people already in my network. Within six months my online marketing was getting me clients from all over the world, which was why I set up Gangsta Goddesses in English because Spirit had showed me that I needed to be able to bring the Gangsta Goddesses energy in all 196 countries in the world and the only way to do that was when I switched to English.

Which shows you how much your Soul already pre-designs your life, because as a child I grew up partially in California where I also went to school which resulted in me speaking and writing English as fluently as my mother tongue.

And there are signs to guide you on the way. Signs that help you keep faith. I think the best examples of pre-manifestation signs were when I was flying out to India to meet my Twin Soul. I had no idea what I could expect from him, because after one very passionate afternoon and evening in which he pulled me so close to his heart, he ran again and didn’t speak to me again three long months. I didn’t talk to him until I was in Lucknow India, two nights before we would see each other for the first time ever, in real life.

It was really difficult to stay positive and prepare for what I wanted. Thank God the Universe sent me a tsunami of signs to help me prepare for the outcome that I hoped for. I would lie if I said it was easy. I was scared shitless to believe in the signs. I was afraid that it might all be a matter of wishful thinking, of wanting to see what I wanted to see and being blind to ‘reality’ which I already knew then doesn’t really exist anyway.

But I took the leap of Faith, despite my fears of everything I hoped for falling through and I had a magical time with my Twin Soul just as the signs had promised me.

It takes absolute guts to prepare for what you want, especially when it’s not sure yet that you are going to get what you want.

Florence Scovel Shinn says ‘Man must prepare for the thing he has asked for, when there isn’t the slightest sign of it in sight.‘ My experience is that the more that you prepare for what you really want, the quicker it manifests and the more signs you will receive that will tell you that your heart’s desire is on it’s way.

Nothing speaks louder to the Universe that you have Faith that what you have asked for is on it’s way, then you preparing yourself and your life to receive your heart’s desire.

I pray this article helps you to have the guts to let go of the so called safety net, you think a plan B has to offer and to start preparing for what you really want in your life and business.

P.S. Need some help in your manifestation of your heart’s desire? Sign up for a FREE Blast through your block session with me and I will help you see how you can manifest what you desire most.

Curious about what I can do for you? Read this story about my Australian client Chantel who wanted to fly to London to meet her Twin Soul in real life for the very first time. She manifested $2000 in one and a half week and made her dream come true, she not only got to meet her twin, but also stay with him at his house during her London visit. Talk about dreams coming true!

Sabriyé Ayana is the leading expert on the Soul Partnership journey and Inner Union process. As a spiritual teacher and healer, she helps those seeking to attract or reunite with their Soul Partner to understand that this journey is not just about creating a fairy-tale and they lived happily ever after together... Download the free Inner Union Soul Alchemy manuscript to find out more. 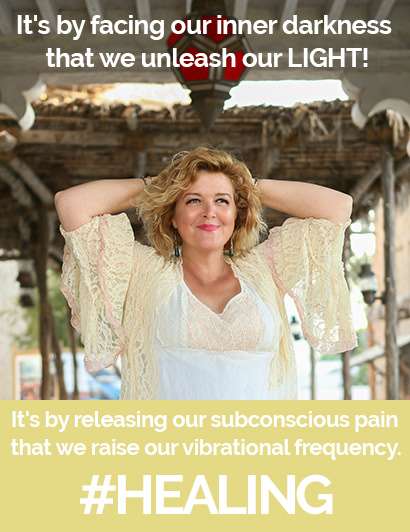 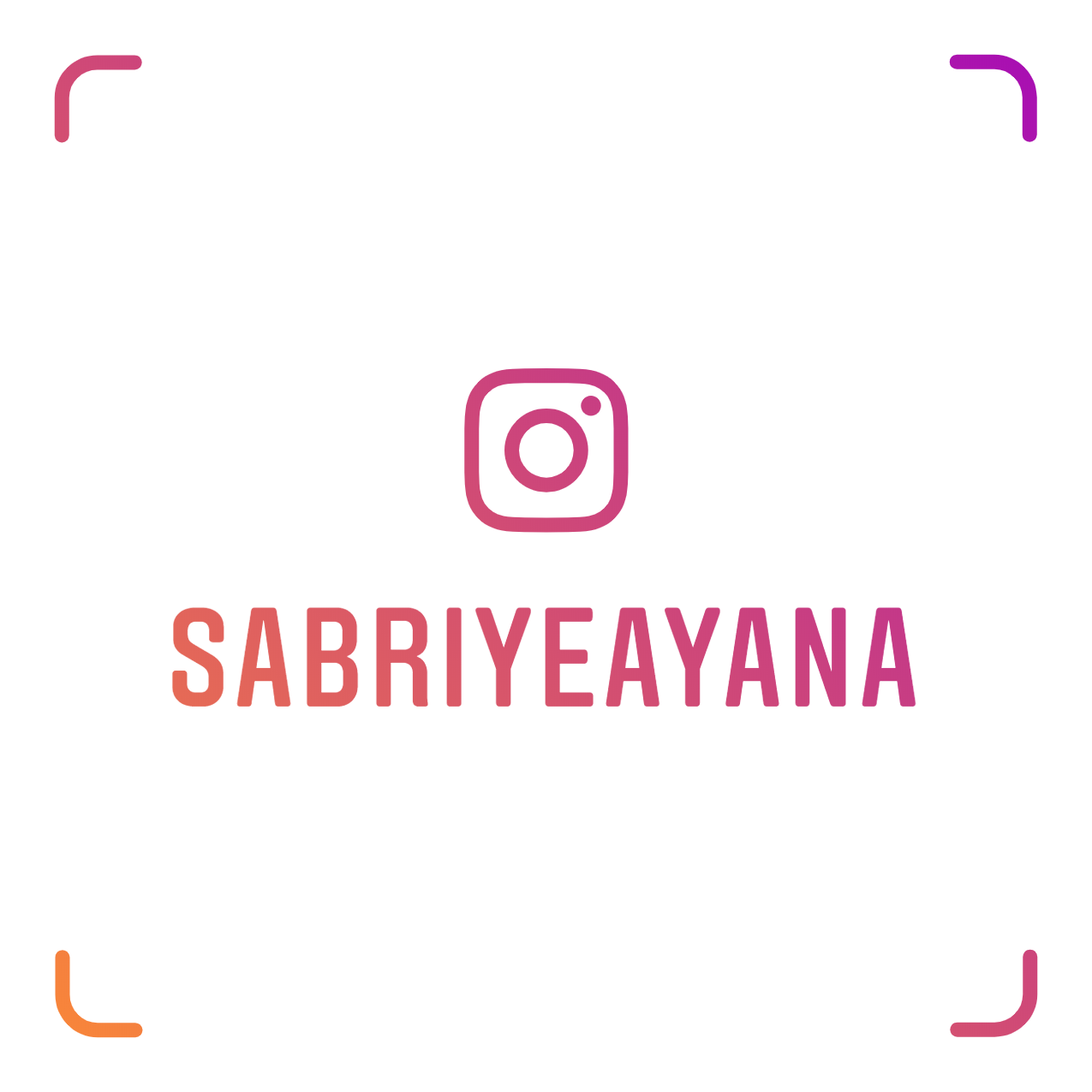 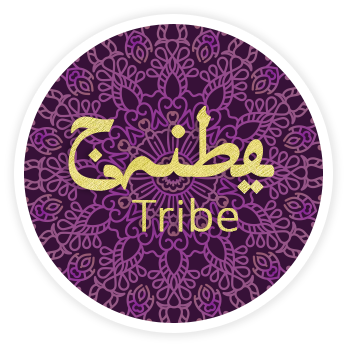